In the dark and cold 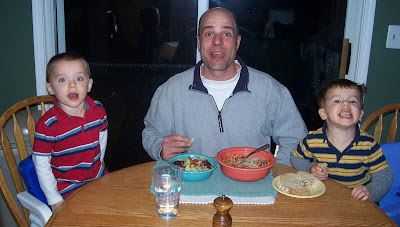 It is really great having a babysitter come to your house daily except when you can't be at your house. I woke up several times last night thinking that I was in a trailer that was going to blow away. I actually woke up once and thought "I'm surprised that the power has not gone out". I woke up again and it had gone out! By the way, I am not a fan of cold, dark and silent houses! I spent the next several hours thinking about what I was going to do with the kids and how I was going to get to work. Fortunately, it all worked. Krissy, our babysitter, was amazing and came and picked up the boys and took them back to her house for the day. My dear friend Theresa was ready to take us in for the night tonight but instead, the power came back on. Theresa stopped by the house today and it was back on!

We have not lost power since the boys were 2mths old. This was a really crazy time because I had stopped breast feeding and was wheening off of the pump. The boys did one middle of the night feeding and their bottles had to be warm. We were so SOL when they woke up. Some how by the grace of God, the boys latched on again (after a month off the boob) and it was a good thing because I was going to explode! Funny to me now.

I got home from work early today, took a shower in peace, started laundry and dinner all before Krissy dropped the boys off! That was pleasant and very necessary since I did not shower today.

So I have definitely realized that I LOVE ELECTRICITY!
Posted by Allison at 9:12 PM No comments:

The Ups and Downs 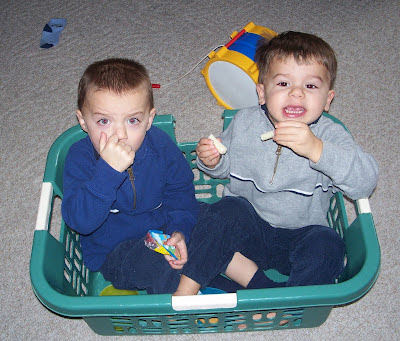 For some reason the last week has been extra difficult. I am not sure if it is the dreary cold weather of just the fact that the boys are extra high maintenance right now. I have nothing to be bummed about - my job is good, my husband is great and the kids are healthy. I think more than anything it is that I am constantly questioning my parenting skills. Janie is smart as a whip but sassy as ever. I heard that she was talking to a friend about french kissing the other day! Yes, 2nd grade! The boys are just hard. Again, I don't want to complain because they are healthy but it is challenging. Every day when I come home from work, they spend the first hour crying and begging for stuff. They then spend a good amount of time in time out.

Today was a prime example of how our days go now. Mike was at work all day. I hate feeling constantly trapped in the house so I decided to take them to an open house that was going on at the pre-school I hope they will get into (I say hope after today). After we arrived I was talking to the director. The boys were about 3 feet away. Immediately I notice Kyle trying to eat a cookie out of this cookie arrangement on the table. After telling him no, I began my conversation again. Next, I notice him jumping up and down on the couch in his wet boots! After that we toured the school and then grabbed some snacks. Kyle proceed to have an absolute tantrum (the kind where everyone is looking at you) because I would not let him hold his own glass of red punch. He was so angry that he went to the fireplace screen and shoved it into the fire place. I decide it was time to go. The challenge - when they fight me, the boys are too strong for me to handle them both on my own. We finally got out of there and into the car and I cried the whole way home! I feel like I have no control over their behavior right now and it is so frustrating. The laws are really going to be laid down at the Mitchell house.

The good news - I booked a quick trip to Florida for the hubby and me today. This is something that came to me last week when I was looking for Tony Bennett concert tickets. He is someone that I wish to see before he dies. He is only holding 2 concerts in 2008 (that have been scheduled) so I decided to look into it. I am able to use frequent flyer miles for my ticket and my sis got us free hotel rooms with her Marriott points. Yippee, we are off in March for 3 days of warmth and refresh!
Posted by Allison at 10:16 PM 1 comment: 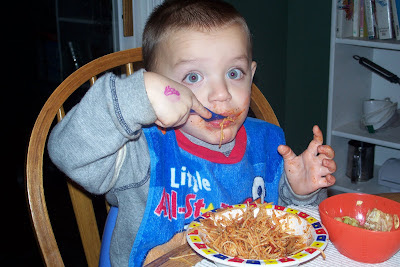 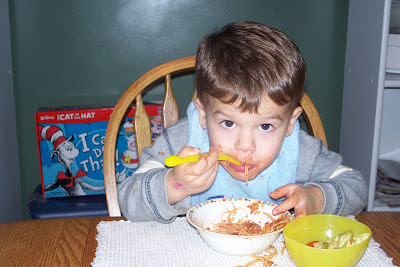 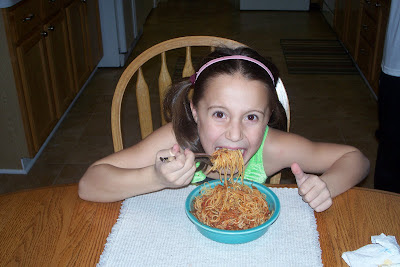 I always know that the kids are going to eat well when we serve spaghetti!
Posted by Allison at 8:52 PM 2 comments: 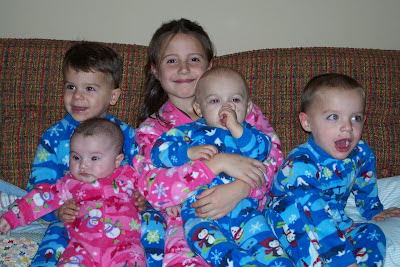 I am not sure that I have done a really good job of making my 2 year olds understand the real meaning of Christmas. They are still asking every day "more presents?". I even tried to take them to Christmas Eve service at the church where I grew up. It was a complete disaster as they talk throughout the fairly quiet service. Before we decided to depart early, they enjoyed signing "happy birthday" during "The First Noel" Oh well, I just laughed as there was not much I could do.

The rest of our holiday was a great time filled with family, tons of food and quality time. We did pass some sickness between the extended family but everyone seems to be over it now. We had added fun this year with my siblings' children. More children just adds to the spirit of things. We also had the bonus of seeing some of my best girlfriends and their children for a brief and rare visit.

We went up to my mom's on Christmas eve and stayed a few days. This was our first Christmas there in 5 years. Still, there is nothing like going home to where all the memories still remain. 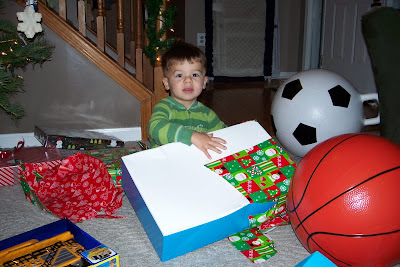 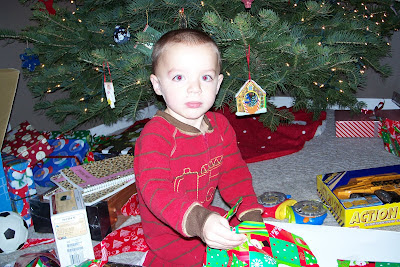 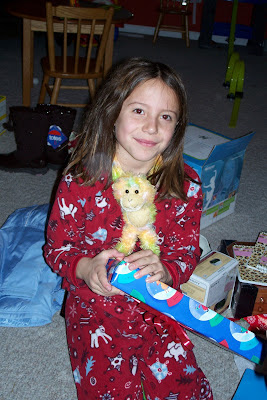